A Brief History of the Teaching Reading Method

Samuel T. Orton (1879-1948) was an American physician in the early 1900's who pioneered the study of learning disabilities. He is best known for his work examining the causes and methods of treatment for dyslexia.

Orton worked as a pathologist in Massachusetts, where he worked with adult patients who had brain damage. Their difficulty with language functioning and reading tasks led him to study why some children with apparently intact neurological functioning had similar issues with language processing and reading. He also discovered that those with reading challenges he tested at a clinic in Greene County, Iowa had average or above average IQ scores.

"Orton's study of reading difficulties in children led him to hypothesize that these individuals have failed to establish appropriate cerebral organization to support the association of visual words with their spoken forms."

He concluded from his work that since those with reading difficulty manifested similar issues as those who he had worked with who had injuries to the left hemisphere that those with reading difficulty must be unable to access the left hemisphere when dealing with reading. The right hemisphere was dominant. He then introduced the concept of "multi-sensory" instruction so that the reading instruction would integrate both right and left brain functions. "He was influenced by the work of fellow psychiatrist Grace Fernald, who had developed a kinesthetic approach involving writing in the air and tracing words in large written or scripted format, while simultaneously saying the names and sounds of the letters"

He later worked with psychologist Anna Gillingham (1878-1963). Anna designed and published instructional materials for teaching the 44 sounds or phonemes of the English alphabet and taught morphemes, such as prefixes and suffixes and created common spelling rules to apply to certain patterns and syllable types. Thanks to her system students no longer had to memorize all the words but could apply skills to decoding and only have to memorize words which were nonphonetic. Her system, combined with Orton's notion of multi-sensory instruction, is where we get the well known Orton-Gillingham method of reading instruction. The book that became known as the Orton-Gillingham manual was titled Remedial Training for Children with Specific Disability in Reading, Spelling and Penmanship, and was first published in 1935. The Orton-Gillingham method is still the most prevalent form of remediation for those with the language processing disorder known as dyslexia. The systematic instruction of simple to more complex phonetic concepts and word and syllable patterns presented in a multi-sensory fashion is the most effective way to help these learners access the left hemisphere, progress, experience success and reach their full potential.

Learn more about our software and direct instruction products.

How Our Reading Program Works - Learn how the Reading Horizons and Discovery programs help struggling readers and provide sequential and multi-sensory instruction, all of which follow the Orton-Gillingham method. 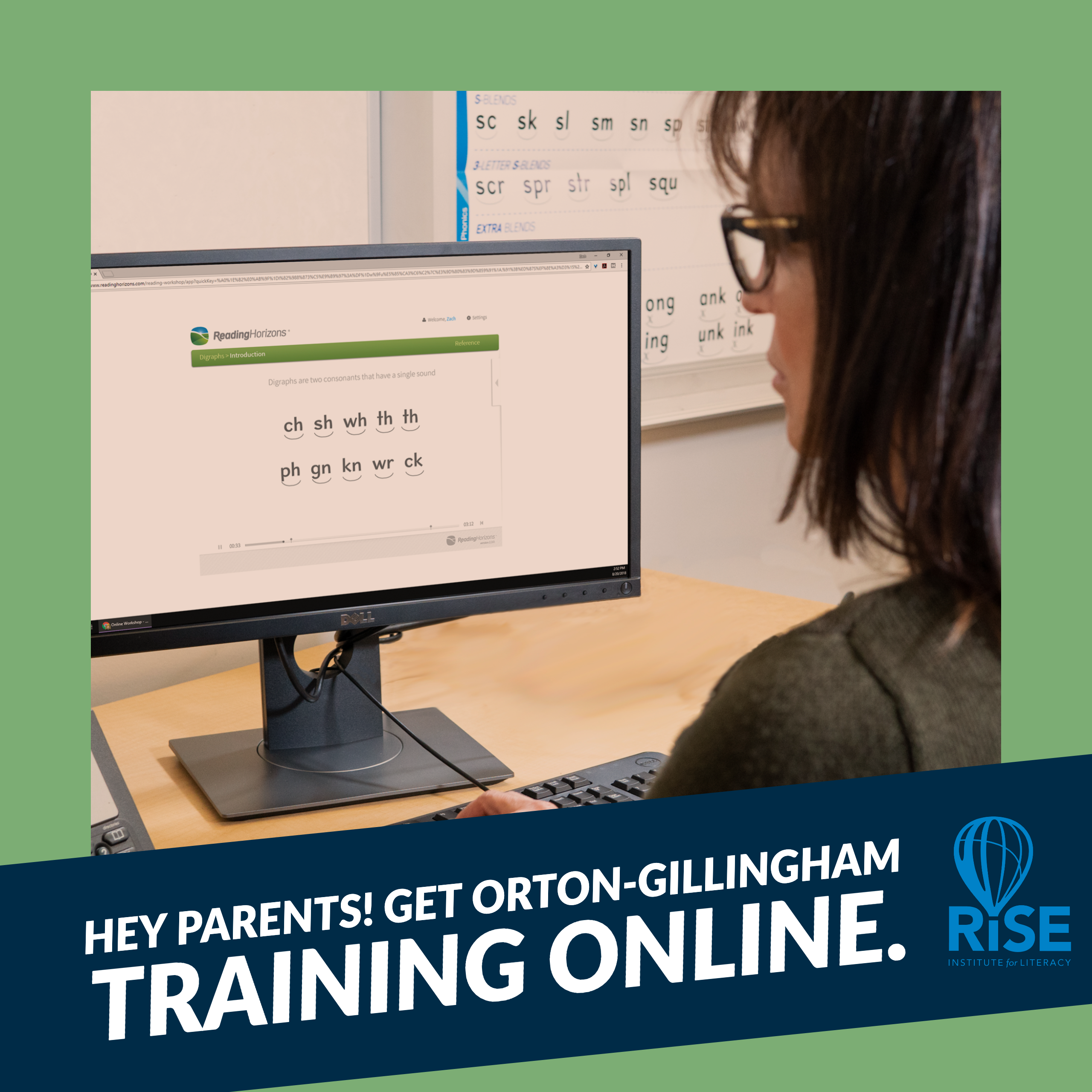